From layabout to working it out

“Arvind, you just can’t go on like this. Look at you. Your skin is sallow; you look so unhealthy because of all that junk you eat and I rarely see you get off that sofa. Me and your dad are so worried about you.”

Nineteen-year-old Arvind stared at the TV, trying to tune out his mother Vidhya’s concerned words. He knew she was trying to help, but he didn’t want to hear it again. “Your dad and I want a serious talk with you when he gets home from work Arvind. We are both so worried about you, but you don’t seem to want to do anything to help yourself. Well the decision might just be taken out of your hands.”

Weighing in at over 115kg, 19-year-old Arvind knew he couldn’t really argue this point with his mother. Through his teenage years he’d increasingly isolated himself from his circle of friends, preferring to spend his time locked away in his room watching films and TV. This was his natural reaction to the increasing feeling of anxiety he felt when in social situations. He hadn’t always been like it. As a child he’d been reasonably outgoing. He liked to play football with his friends and loved being outdoors. Just a normal happy boy doing ‘boy things’.

Of course, we all know that the teenage years are a period of transition in our lives and that some young people find this time more difficult than others. For Arvind, it was leaving the comparative sanctuary of his primary school that kicked off his anxiety.

“When I started at secondary school, I remember feeling so overwhelmingly nervous. I know that’s how everyone feels at the start, but for me that feeling didn’t go away. It wasn’t the actual lessons that used to worry me, but the break times. I’d find solace in focusing on food. Eating would give me something to do, because I felt so self-conscious if I had to stand there and mix with the other kids. Maybe eating was a way of looking busy. A cover tactic. And that’s when I started to put on weight.”

Naturally, Arvind’s parents recognised the change in him, but they assumed, because he was their first child, that it was just part and parcel of becoming a teenager. His grades at school were always consistently good, so there was nothing to indicate the turmoil that was taking place inside.

“Arvind used to come home from school and after a few fairly monosyllabic responses to my questions about how his day had been, he’d scurry off to his room, but not before he’d raided the snack cupboard and the fridge,” Vidhya recalls. “To some extent, of course, this is pretty normal teenage behaviour. He wanted to spend less and less time with us, only really coming out for meals. Naturally, as a mother, I was sad that the bond we had when he was younger was loosening, but I suppose the process of children growing up is a transition for parents too. Both Sridhar and myself were trying to be philosophical about it. Arvind was never your classic ‘grumpy teenager’. He was always polite and loving and we had very few confrontations with him. But we did worry that he was starting to withdraw into his own world. He’d always been close to his brother, who is five years younger, but he’d even stopped spending time with him too.”

The thing that most worried them though was their son’s weight gain. Although Vidhya tried to regulate his diet and stopped buying the chips and the biscuits that Arvind loved to gorge on, they knew he must be getting hold of the stuff himself, because his weight was only going one way – up.

“By the age of 16 I was much heavier than most of the other boys in my class. Although I was left alone by them and thankfully no-one bullied me for it, the truth is when you’re very overweight at 16, you know it. I felt self-conscious a lot of the time, especially when it came to playing sports. No one wanted me on their team, because I was so unfit. Being picked last for everything is humiliating. My confidence just plummeted and more and more food was the only thing that gave me pleasure. That and watching films. They transported me away from my unhappiness to other worlds and right up to the age of 19 that became my life: A good film, a giant bag of chips washed down with gallons of soda and hours spent on the sofa.”

For the next couple of years, Arvind went along this path and even though he was successful at school and won a place at university he still felt isolated and unhappy, because of his weight. “He seemed so lost,” recalls Vidhya, her voice tinged with sadness. “All Sridhar and I could think to do was to really throw everything up in the air and almost try and create a fresh start for Arvind. He needed to reinvent himself and to do this we knew we had to make drastic changes to the way he lived his life.”

That night, when Sridhar came home from his long day at work, all three of them sat down from the planned family conference. “It sounds like a formal thing to do, but actually it just gave us the time and space we needed to talk to Arvind without anything distracting us,” says Sridhar. “What we had to say to Arvind was quite drastic. It was a route many parents wouldn’t go down, but having discussed it between us Vidhya and myself were convinced it was the only option.”

Their solution was something Arvind never expected to hear. “They said they thought I should give up university and get my act together! I was shocked at first, but actually when we began to talk about it, I opened up a little and started to tell them I was unhappy and I realised that I couldn’t make the most of university feeling like that. I know it’s a cliché when parents think they know best, but I have to say my mum and dad really did in my case!” As Vidhya says “It’s all very well making this kind of decision, but you also have to have a plan of action to go with it.” It just so happened that Vidhya had read the story of a young man called Daniyal in Friday Magazine who had been helped to lose a lot of weight by Friday’s very own ‘Ask the Expert’ columnist Russell Hemmings as one of his private clients. In Daniyal, Vidhya recognised real similarities to Arvind and decided to show her husband the article.

“This was the turning point,” remembers Arvind. “That day, my dad asked me if I would consider seeing Russell and showed me the article. Although we have a great relationship, like lots of fathers and sons we don’t tend to talk about our feelings much, so I knew this was a big thing for him to do. After the family conference there was the sense that mum and dad were really on my side and I really appreciated what they were trying to do. Making an appointment with Russell was my dad’s way of showing me support and I knew I didn’t want to disappoint him, so I said I would go. It’s the kind of route I would never have gone down myself, so I felt pretty sceptical about the whole thing. Still, I thought if dad can show faith in me then I had better repay that by making the effort”

Arvind rather reluctantly turned up to his first meeting with Russell, convinced that he was beyond help and that he was simply ‘going through the motions’ to placate his parents.

“When I first met Arvind,” recalls Russell, “I could instantly sense this emotional barrier that he’d put up. It was a way of protecting himself from disappointment and judgement and was probably his default setting when encountering new situations, so I knew I had to find a way through that in the first session, if he was to commit to the process. Scepticism is fine by me. It’s fairly commonplace when it comes to hypnosis. Clients can’t quite believe that it works…until they see the results!”

By the end of that first session, Arvind had completely changed his mind. “One of the things I had struggled with through my teenage years was feeling comfortable in the presence of new people, but Russell is such an expert that he knows exactly how to put people at their ease. Though it sounds weird, by the end of the session I felt lighter. Of course I hadn’t lost any weight at that point, but I think it was a sense of relief that I had found someone who actually understood how I was feeling and the reasons behind why I had put on weight in the first place. Russell said that we would focus on exploring those reasons, whilst at the same time following his programme of Cognitive Behavioural Hypnotherapy to change my behaviour around food and get me off the sofa and exercising. I felt I had some hope at last and that I could put my trust in him to help me make those changes. And that was a big moment for me.”

Arvind followed Russell’s programme to the letter. He worked on practising self-hypnosis at home between the weekly sessions to boost the effectiveness of this natural approach, which harnesses the power of the sub-conscious to lasting changes to detrimental behaviour patterns. Within a couple of weeks, he started to notice quite stark changes. “I completely ditched the junk food and really got into the idea that I wanted to eat natural foods. Nothing processed. I even learned to cook for myself, so that I could take total control over what I was putting into my body! My parents were so shocked, but in a good way.”

The changes Arvind had made on the inside, started to show on the outside. “We could not believe it,” laughs Vidhya. “He was changing before our very eyes. The weight started to drop off and he started to get into exercise. Gently at first and then, when he started to see the effects of combining eating healthily and exercising, he really got into it. Now it’s his passion. He’s exchanged the sofa for the gym and his dad and I couldn’t be happier!”

In less than three months Arvind went from 115kg to 90kg. A massive 25kg and he’s still losing it. “I have a target weight in mind that puts me slap bang in the middle of the BMI healthy weight for my height. I have no doubt that I’ll reach it, because I can’t imagine going back to my old ways. Exercise has become my all consuming passion and I love the fact that I can wear what I choose, not be confined to what fits me. I’m so relieved my dad went the extra mile for me by making that appointment with Russell. If he hadn’t, I would still be sitting on the sofa and I definitely wouldn’t have gone back to university. In fact, my life has changed so dramatically since I met Russell that I’ve actually chosen a new career path entirely. Learning to cook ignited a real passion for learning more about food and hospitality, so now I’m studying Hotel Management and I couldn’t be happier or more engaged. On a scale of zero to ten, if zero is no confidence, then I’m a 10 for sure and I’ve set my sights on the future.” 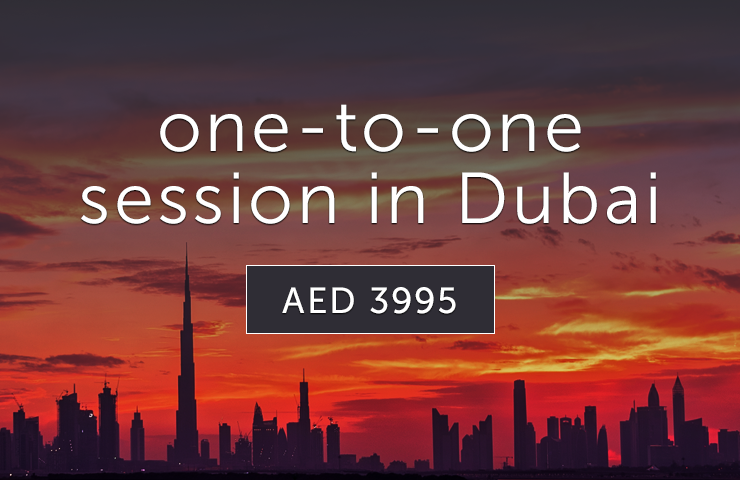