Meet Rahul Acharya, he’s a bright, articulate and focused young man. He knows what career goals he is working towards achieving and he knows what hard work and commitment is required to get him there.

Rahul is the third child of four and has lived in UAE is whole life with his parents and three siblings. Heritage, tradition and strong cultural values are at the core of the family. Then there’s the work ethic; this was instilled at an early age to them all and Rahul knows the value of it. He’s made personal sacrifices along the way, always concentrating on his studies. The unfailing support his family has shown throughout his life, to give him this launch-pad, has been significant.

Everyone was delighted when Rahul was enrolled to study on the master's program for Biomedical Engineering at Zurich and London universities, he was on his way and was set to be a high-flyer! At first, and on the surface, everything was outwardly just fine. Then, come the first round of exams, things started to go wrong for Rahul.

Rahul takes up the story “It was terrible, I had studied hard prior to the first exam. I was confident – not overconfident though, I mean I had put in the required effort so the exam didn’t faze me like it might someone who hadn’t prepared properly. So, as I say, it was terrible! The Invigilator began passing out the papers – and then I suddenly had a strange feeling that I wasn’t supposed to be in the room! I can’t explain it, as he spoke, he was setting out the rules of the exam, it was as though I couldn’t understand what he was saying! Then, everyone began the exam and I was frozen to the spot. My mind had literally gone blank! I thought I had forgotten even why I was there.” Rahul goes on “It was very scary – I shook myself to try and ‘snap out of it’, and I thought I’d succeeded at first as I started to feel like I was more like myself. Then I read the first question. Nothing! I didn’t have the answer, it was as though there was a mental blockage stopping the answer from forming and another blockage stopping me from writing it down, I didn’t know what was happening to me!”

Rahul was in fact experiencing classic exam blanking. This is a phenomenon where you are unable to recall important information at critical times – in cases like Rahul’s the clue is in the title!

He continues “I fumbled my way through the exam as best I could. Parts of the information I needed would present themselves fleetingly, but then vanish just as quickly – it was pretty weird if I’m honest! I completed the exam as best I could and felt instantly exhausted and pretty low. A couple of other students asked if I was ok? Checking if I was ill or something – I faked it saying I was fine.”

Hiding or denying issues like these is very common, some people believe it will improve without help, others simply deny it ever happened at all! Granted, it is entirely possible to have an ‘off day’ and not perform to your best ability, but when you start to fear your exam blanking, this can lead to bigger, deeper issues – this is what was happening to Rahul.

“A few days later I was asked to see a leading tutor to explain what happened. I lied and said I hadn’t studied enough, because I was embarrassed and still confused by my meltdown, and that was the reason I had flunked the exam. I was given a stern warning about the consequences of a repeat performance – it hurt especially badly as they said I was letting down my family as well as myself – and that expectations where so high of me and the course was so well respected, they wouldn’t and couldn’t tolerate anyone no pulling their weight! I was really deflated after that. I think a few days after that I began to experience the anxiety for the first time. I was shocked at myself; I’d sort of convinced myself the exam situation was an isolated occurrence, but no, I’d begun to start to become anxious about the next round of exams. These exams were very important as they counted to my final results. So, as the anxiety grew increasingly prevalent, I knew I was in trouble!”

Exam anxiety can occur without exam blanking and visa versa, however, more often than not they are connected as one feeds from the other. Rahul was becoming anxious because he was scared, he was literally fearing the fear – this is actually at the root cause of most panic and anxiety issues. Unchecked it can have serious implications; Rahul was about to experience.

“I went along for the first of 4 exams I was doing, luckily the first one was the shortest and also the least impactful, thankfully!” he continues “I’d become increasing anxious about these exams, but had studied harder than I’d ever studied before – I later learned from Russell, that it’s possible to over-study! But I’ll come on to that. The moment I was in the exam, was the moment I knew it was going to be bad, worse than before actually! I completely blanked again, I couldn’t recall the key points and I couldn’t find the answers I needed, the more I tried the harder it became! I knew my results we’re not going to be good and I could be well on my way to being sent home in disgrace! I was distraught.”

Often when it takes things to get out of control or too difficult to cope with when people seek the support and help they need. This is when Rahul reached out. Well, when Rahul’s parents reached out.

“I called my mom! I just told them what had happened to me and that I needed help. They were very worried about me being overseas, I think they worried about outside influences on me –– they needn’t have, I’d be studying so hard I’d hardly been out! No, they were supportive and suggested I speak to Russell. Well, they told me to speak to Russell in Dubai. After contact had been made his team arranged a session for me on Zoom. This was great as the lockdown was just starting to be discussed and I would not get back to Dubai anyway. My confidence was so low by then that I know Zoom and Russell was my best option. The first session with Russell was utterly brilliant, I think I went way over my allotted time slot! He just got me, he understood, he didn’t judge or even have an opinion at first, he let me speak –– it’s hard to describe, he just knew me! He knew exactly what the issue was and more importantly he knew how to unlock the solution. I was immediately put at ease and was confident things were going to improve for me.”

Russell worked intensively with Rahul online on Zoom, building up to his confidence and working through his issues. He’s informed the university and explained he is receiving support. Everyone understands, or at least are in the picture, but this doesn’t alter the importance of Rahul delivering to his true potential.

“When things are back to normal, I’m actually looking forward to the next exam, I feel so much better! Russell had taught me lots of really useful techniques to help dispel my anxiety. But the incredible thing is the blanking – or the lack of it! My mind is clear, the answers will flow, and I am organised and calm at all times now. The exams will still be a challenge but for the right reasons, the reasons I had studied for. I know there is still personal stuff to iron out, but I also know the corner has been turned.

“I had a break lined up to come back to Dubai, but obviously I can’t at the moment, so I’ve taken the opportunity to have a couple more one-to-one sessions on Zoom with Russell to work solely on my anxiety. Wow! The final pieces are falling into place now and I am back to me old self. No, that’s not right –– I am better than my old self! Because I’ve been equipped by Russell to manage a whole lot more. He’s brought clarity to my thinking. He even explained that there was a balance to seek with study, well with all things really, and that over-studying isn’t ideal either –– so I’ve learned to seek ‘the balance!’”

“My memory recall is working fine; I feel I’ve re-established my academic credentials and I’m even looking forward to my next round of exams! Anxiety can strike for me as it can for anyone, but what I’ve learned over the past few weeks is how to channel it… to use it to my advantage. That’s what Russell taught me, and, like any great teacher, it’s a lesson for life!”

Rahul’s parents had read about Russell’s work in the region in Friday Magazine. Being Dubai-based for over 10 years, Russell is uniquely positioned to work with young adults like Rahul on a range of issues. His cultural sensitivity combines effortlessly with his leading-edge techniques. Russell Hemmings is a conduit for positivity and change. 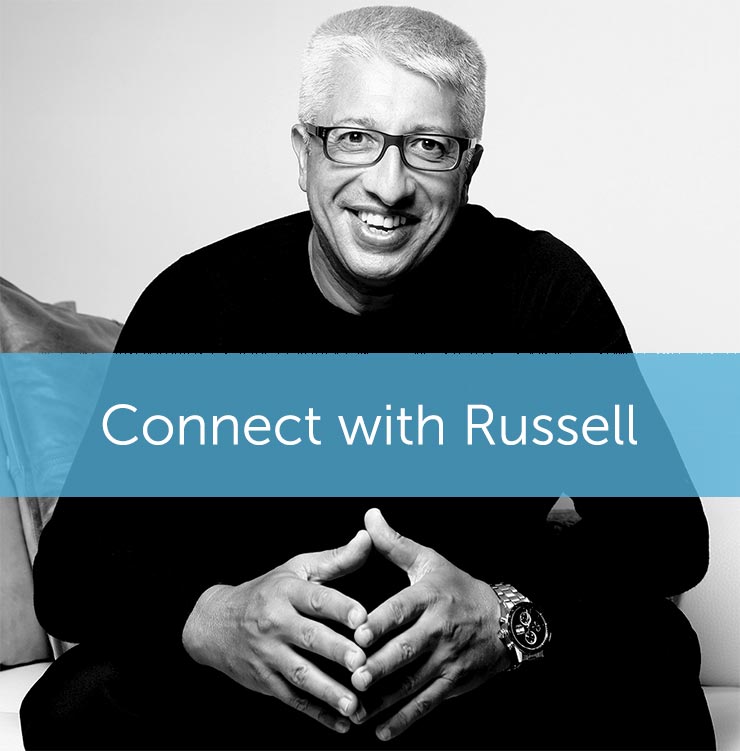